Take a look at how adorable these potatoes are. They’re PURPLE! I had no idea. They looked like normal red potatoes on the outside, and then I cut them open and was pleasantly surprised by their rich color. I got them from my trusty potato people at the farmers market. 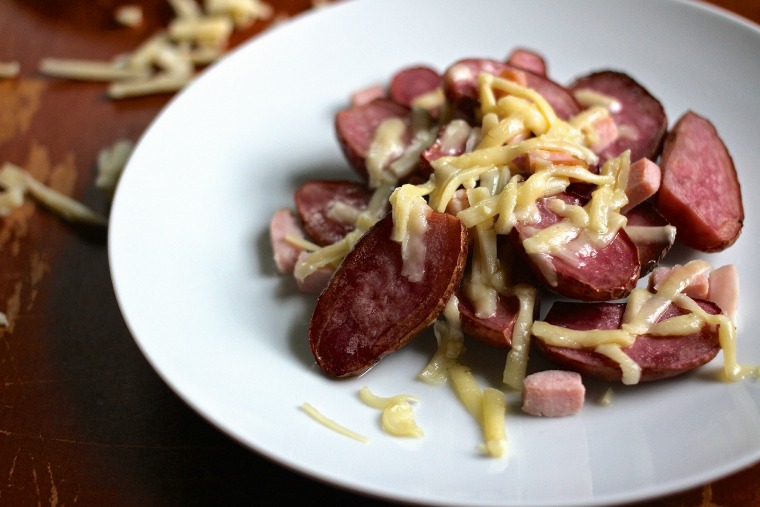 This recipe is a copycat from one of our favorite spots, Kilkenny’s Irish Pub. Whenever we have friends with us, Justin always likes to order Shamrock Spuds to “treat” everyone. Basically, he thinks they’re the greatest. They are baby potatoes topped with an Irish rasher of bacon and white cheddar cheese. It is also served with sour cream on the side, which Justin especially loves. He’s not a sour cream fan, and this way, it doesn’t ruin any of the potatoes! 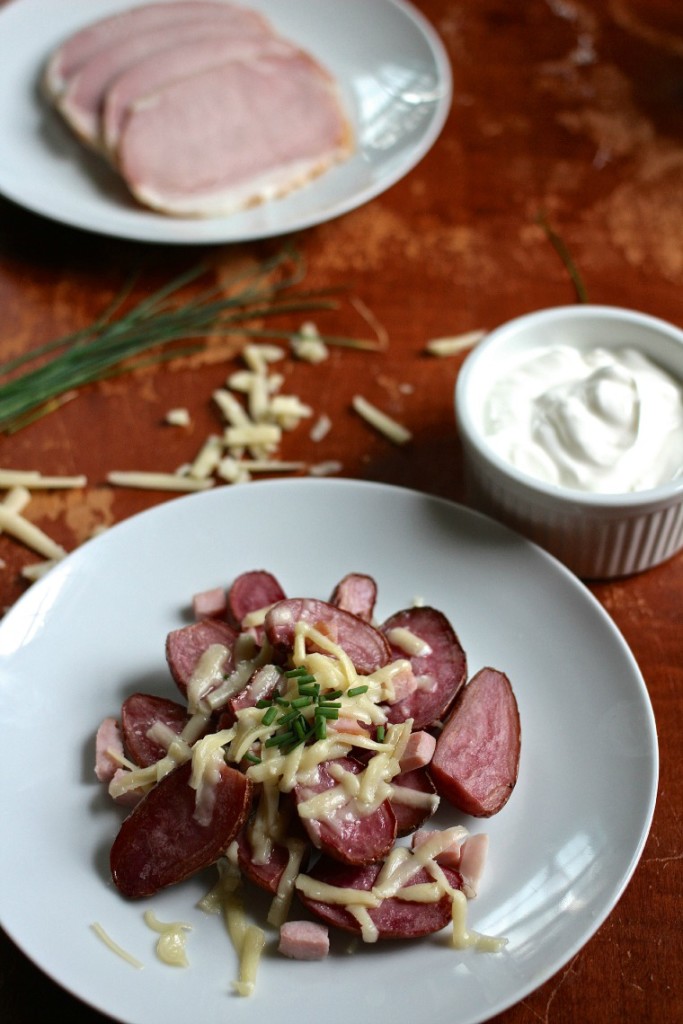 I learned during my time in the UK that “bacon” has a very different meaning than it does in the US. The first time I saw bacon in the UK, I thought, “So…it’s ham?” The maple-y goodness is really hard to come by in those parts. Ironically, the British version is really hard to come by around here! Thick cut Canadian bacon was the closest I found, and it actually served its purpose quite well. The whole thing went off without a hitch, and was pretty spot-on with its counterpart at Kilk’s. (But they do not have cute purple potatoes.) 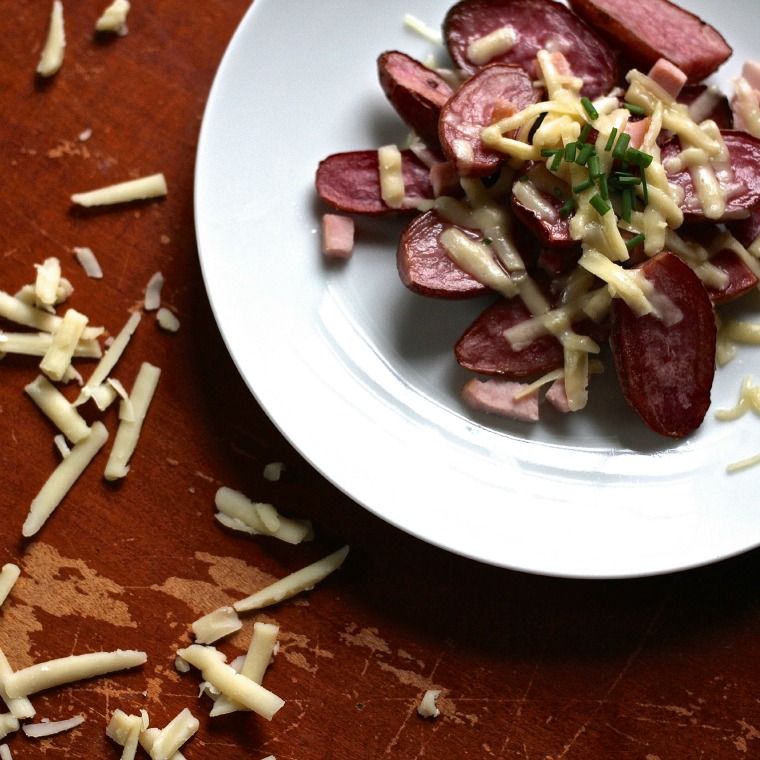 It’s always fun when you can recreate some of your favorites at home, especially for those who leave the area and don’t have access to Kilk’s all the time like we do!

Do you have any favorite “copycat” recipes? 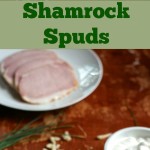 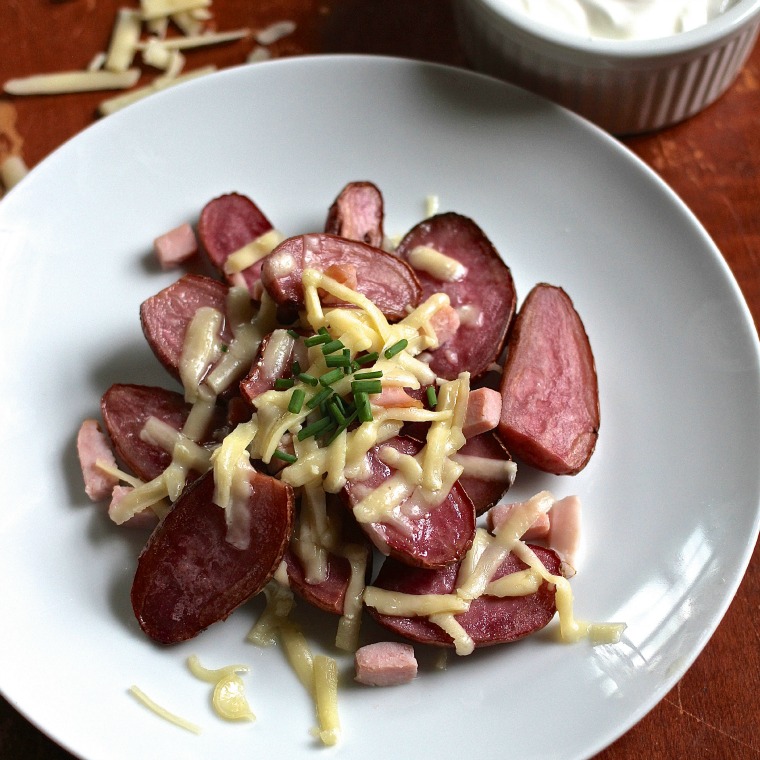 This post has been linked up on Try A Bite Tuesday!