Rowies are a crispy, layered pastry from Aberdeen, Scotland. The secret to them is a combination of lard and butter…and a little bit more butter. 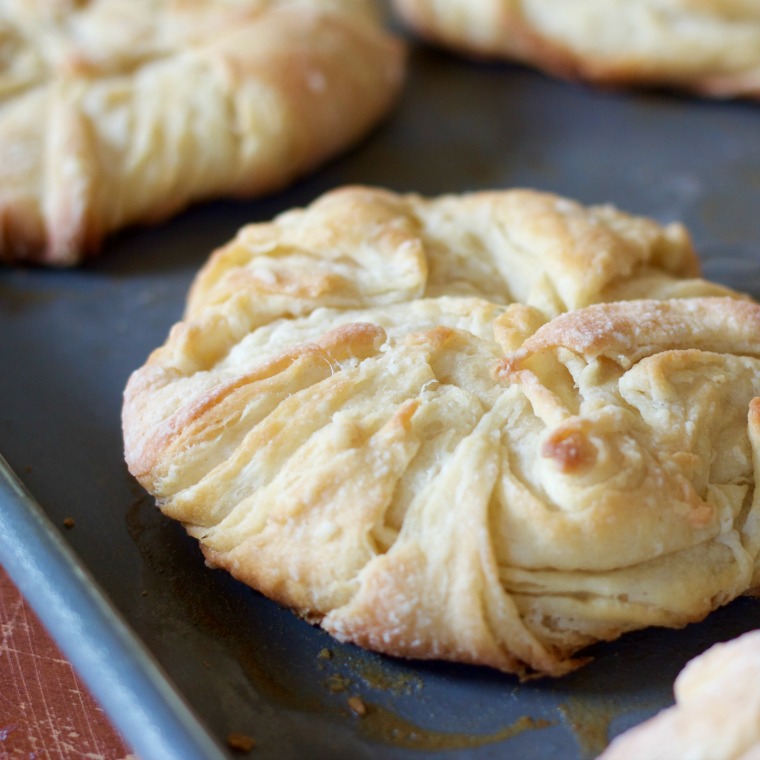 As we are still across the pond, I am happy to bring you another Scot-approved recipe: Rowies.

Rowies are basically greasier, denser croissants. They were made famous in Aberdeen, Scotland because Aberdeen fishermen would take them out to sea and it was the only bread that wouldn’t go stale while they were gone. You can find more fun facts about rowies here. Now, they’re also called other names, like a “buttery”…but only if you’re from somewhere other than Aberdeen proper. My boss at my internship called them butteries, but he is from Stonehaven, which is right outside of Aberdeen and the home of Dunnotar Castle (one of my favorite places!). 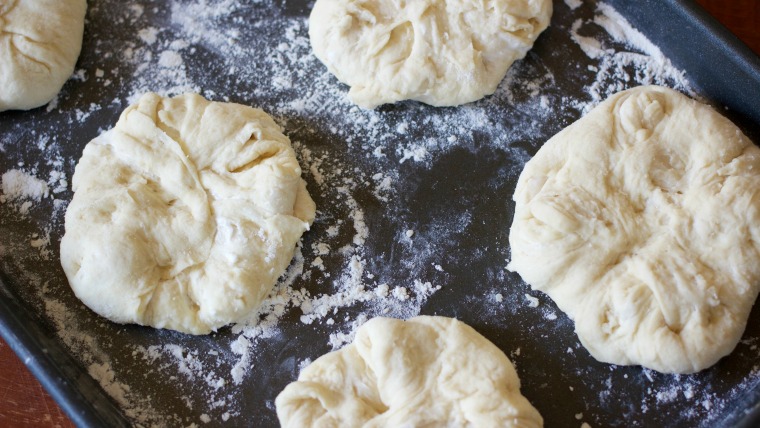 Admittedly, I only had two rowies during my time in the ABZ. Partly because they’ll stop your heart. I had one when I first arrived via my boss, and then bought one at the end for Justin just at the Co-Op (grocery store) so that he could try one. Feeling nostalgic as we prepared for this trip, I decided to overcome my baking fear and just make them! I know there are a lot of steps. But it isn’t actually very hard. Let me know if you need help, and I’m happy to assist.

It was very hard to find a recipe that was adapted for US measurements (I don’t use a scale for baking…yet). And I also wanted to use my standing mixer! So I made my best guesses by adjusting and combining a few different recipes I found. I was worried about their authenticity, but Duncan, (my Aberdonian friend who is currently in town getting his MBA) literally ran to my house to get one and gave them a thumbs up. Here is a post from Duncan’s Facebook (ignore his snark, if you would): 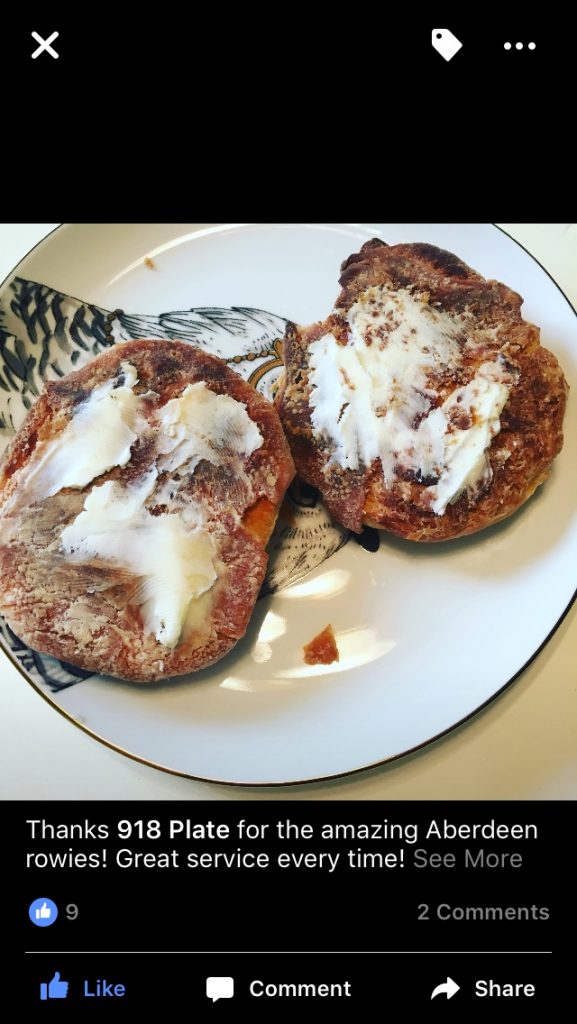 Note that his butter is on the bottom. If you choose to finish your rowie with more butter (suggested), it traditionally goes on the bottom. Because it’s flat. And good for buttering. In proper Scottish fashion though, if you put it on the top, you’re not a groundbreaking trend-setter: You’re just wrong. Kind of like those people that put their milk in the tea before adding the water and teabag. 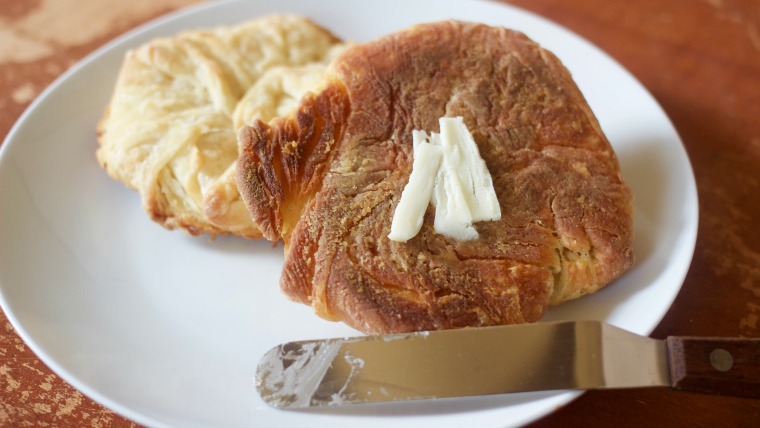 My first job was to locate some quality lard that would be suitable for baking (and not taste bacon-y). I asked Farmer Chris if he had any lard…He told me to come by. When I arrived, I realized I was getting way more than I bargained for – about 5 lbs of heritage hog pork fat was sitting in the car seat next to me and I just stared at it for a long time…I was going to have to render my own lard (eek!)! I took photos, so I’ll do a tutorial/recipe someday, but it was fairly simple – I used a crock pot! Anyway, it hardened up into this gorgeous white fluffy grease that was perfect for mixing with butter and making everyone’s heart hurt. But anyway…If you need some, I’ve heard he’s got a freezer full!

I sincerely hope you get to have these at least once in your lifetime. They’re worth every second it sucks from your longevity! Bake 12. Eat one. Give 11 to your 11 favorite people. #enJOY. 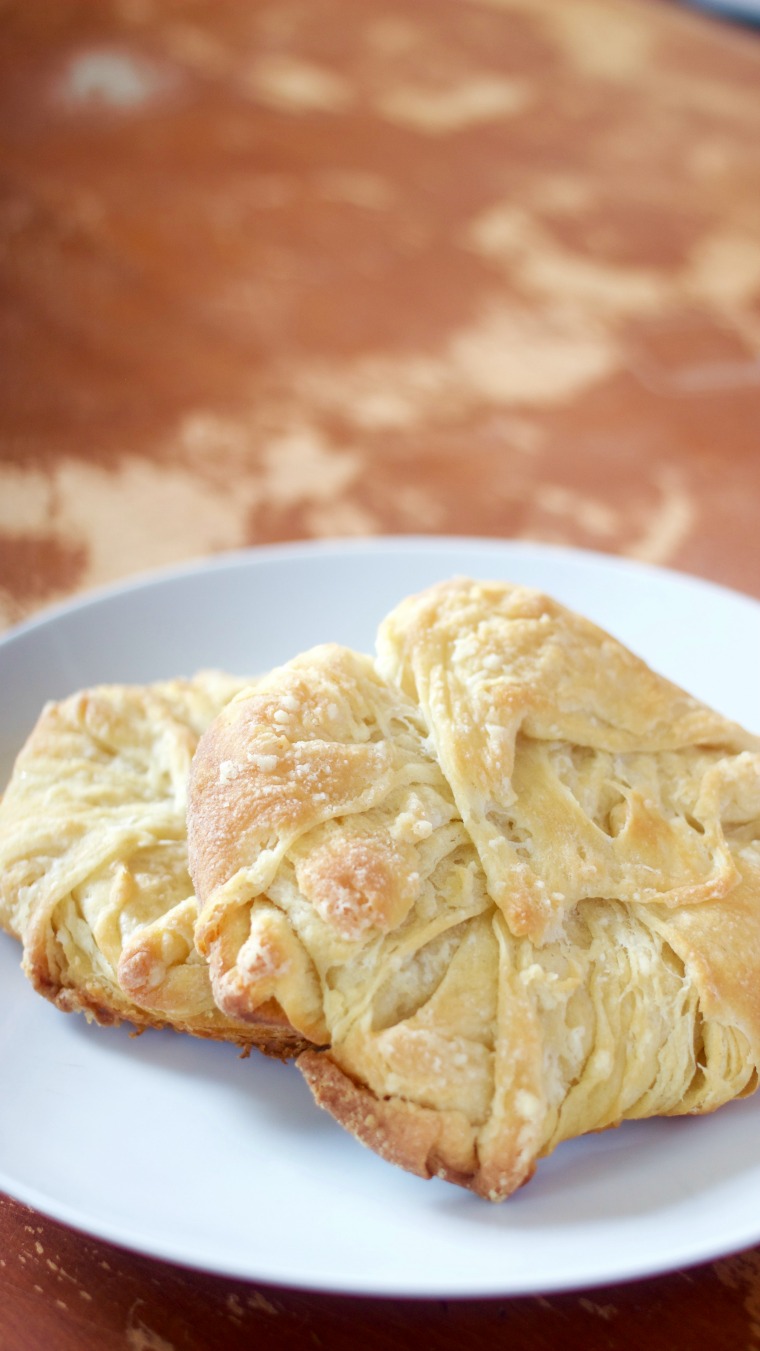