Dress up a classic brownie recipe to make an indulgent pan of raspberry cheesecake brownies! 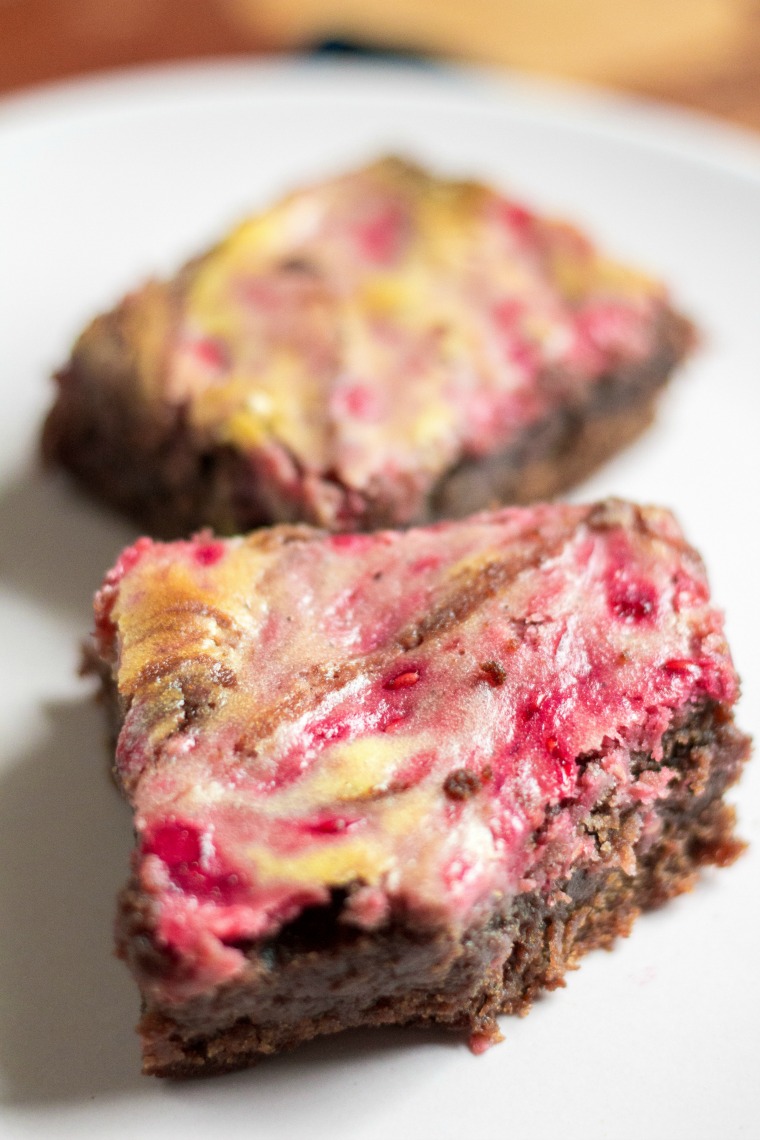 Suddenly I’ve been craving all things cheesecake. I’m not sure why. But during brainstorming at the end of last year, I had written down “fruit and cream brownies.” That was enough to flip the cheesecake switch in me, apparently, and I set out to make them happen. Voila, raspberry cheesecake brownies. Ever since then, brainstorming sessions keep including cream cheese!! I need to reel it in or we’re gonna need to rename the blog Cream Cheese Queen or something.

The brownie recipe is my Mimi’s. Mimi has brought us lots of things, including ham loaf, and her mama’s red velvet cake, cornbread dressing, and chocolate cake! Growing up, my house nearly always had baked goods ready-to-eat or being made. These were a very easy weeknight dessert when we were craving a little something sweet. The edges get delightfully chewy, and crunchy if you don’t keep it covered. Are you a brownie-edge person? Or a middle-piece person?

This recipe definitely involves a few moving parts and I’ve made it a little more complicated – the compote, cheesecake batter and brownie batter – but the end result is so worth it! It’s sweet, creamy and chocolatey, but with the perfect amount of tartness from the fruit. You will only use about half of the compote for the recipe, so you can save it for other stuff…like ice cream…or actual cheesecake. 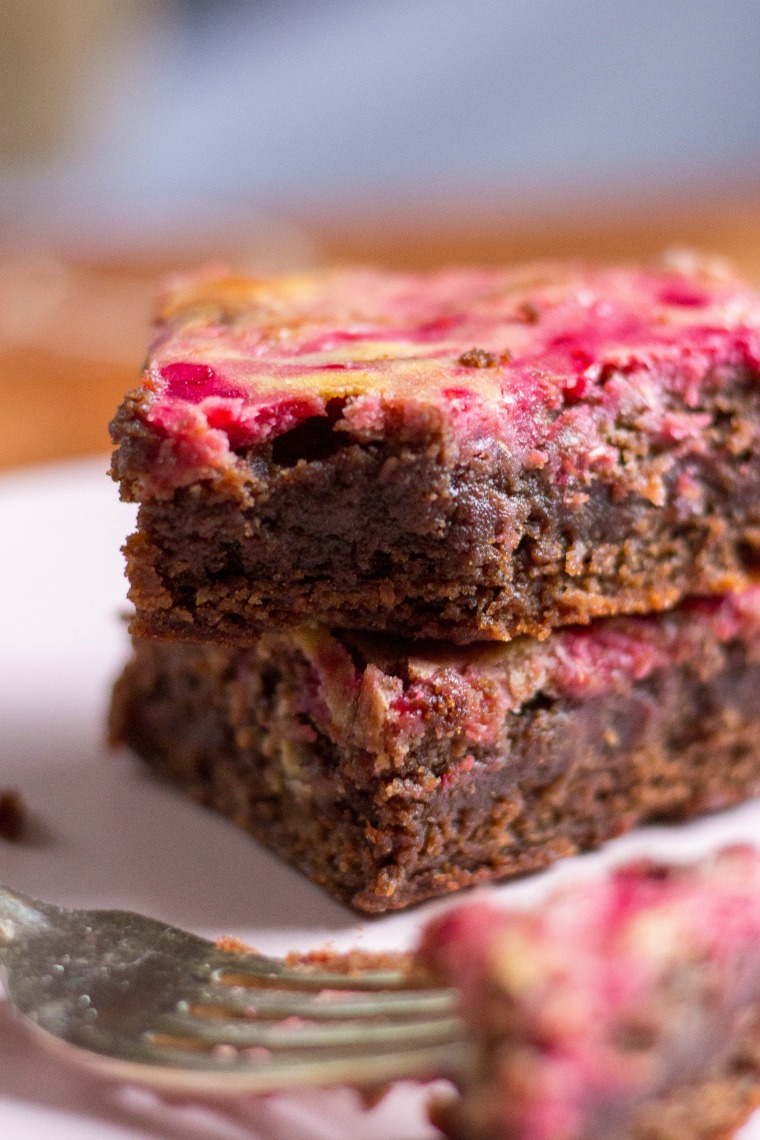 I can’t wait til the summer – I bet you could make a compote of some other great fruits. We get blackberries and blueberries mostly around here. It would also be great as brownie sundae! But then again, maybe everything just goes better with ice cream. 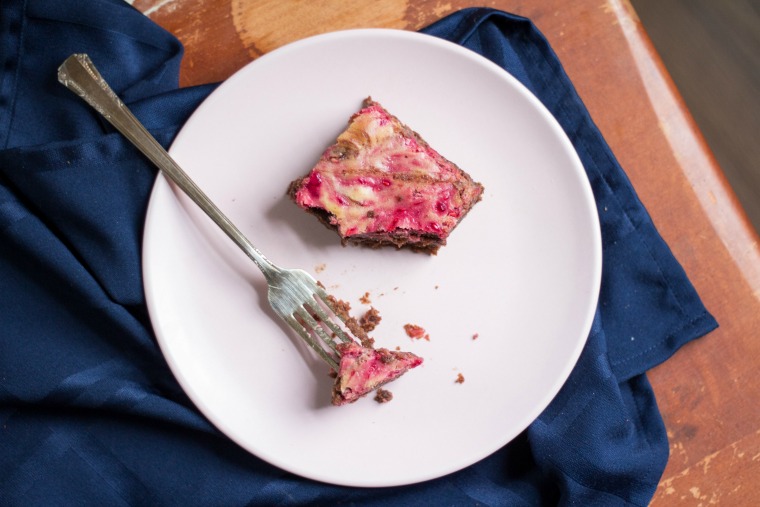