This Instant Pot creamy broccoli and potato soup is ready to go in just under an hour and will feed a crowd! 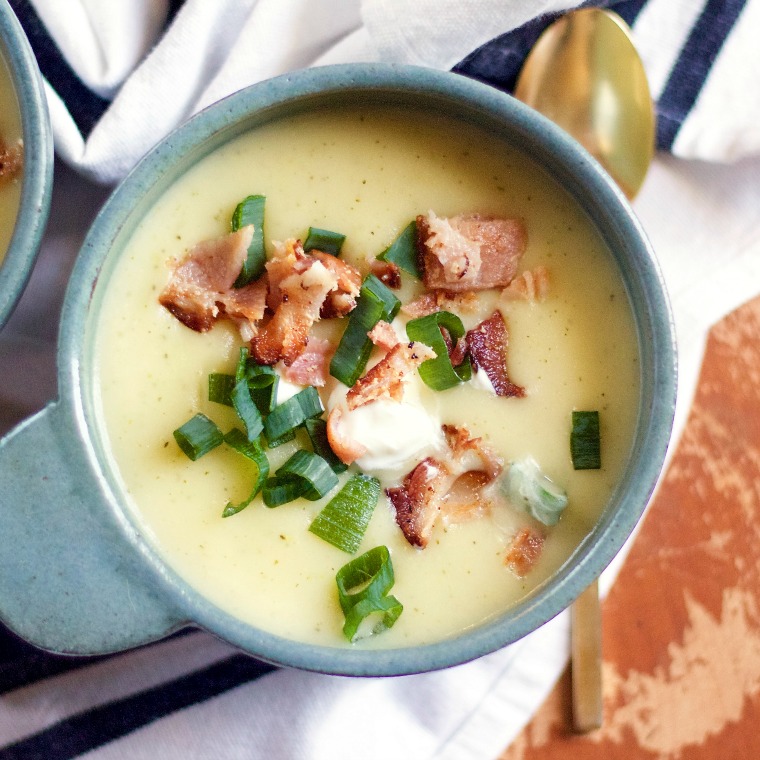 First of all…did you hear that I eat broccoli now?!? This is really earth shattering. 26 has done something weird to me, y’all. I’d say it’s still on a probationary period, but so far, so good. But even if you don’t like it, or you have people in your house that don’t, you can hide a whole head of broccoli in this soup and nobody will even know! Especially if you use black pepper at the end, they won’t know if the flecks are pepper or broccoli… 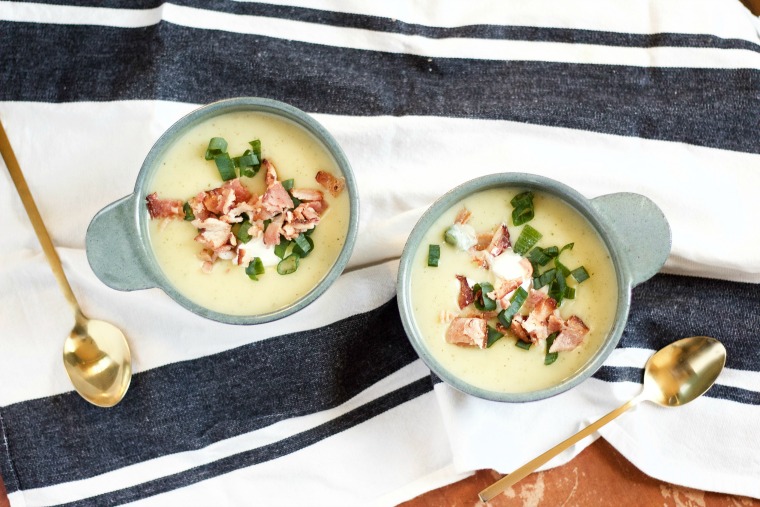 Having an Instant Pot has been pretty great so far! I showed you the first thing I made in it (chicken bone broth), and since then, I’ve made one pot dinners, more broth, and this delicious and creamy potato soup! In my soup experiments, I had to make it twice to get some ratios correct. Since the recipe uses an entire bag of potatoes, it makes like a gallon of soup (literally) and I couldn’t eat it for a week again, so I had a friend with lots of littles come by and pick it up for her family. They all liked it, so that told me I had gotten it just right! It helps to have other taste testers, because my husband is very supportive but he’s not too picky, so he often just says everything is good.

I will definitely be using the Instant Pot to cook potatoes in the future for mashed potatoes too. Even though it takes a little while for it to pressure up, but it’s still worth it. There’s no chance of starchy water boiling over onto your stove, and it leaves my stove space open for other things, which will come in handy during big events! 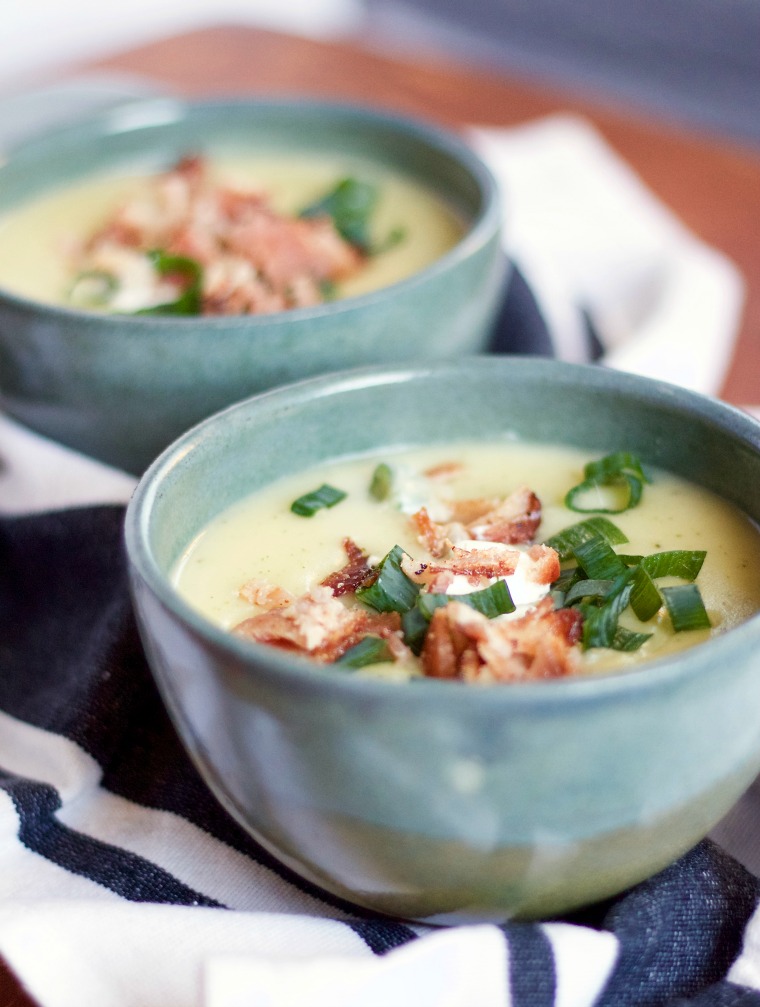 TIP: If you want the soup to be a little chunky, you can reserve a cup or two of mashed cooked potatoes and then stir them in at the end after you use the immersion blender.

REHEATING: this Instant Pot Potato Soup shouldn’t need any additional liquid. The soup will get really thick when cold, but when heated it will return to its original consistency without a problem.

Local Spotlight: My dairy all came from the regional Oklahoma dairy that can be found in the grocery store! The green onions came from my own garden (they didn’t die in the cold!), and I made my own bone broth that I used for this recipe from a 413 Farm chicken!