This bacon & Brussels sprout hash is a fast dinner that is filling, packed with protein and paleo-friendly. 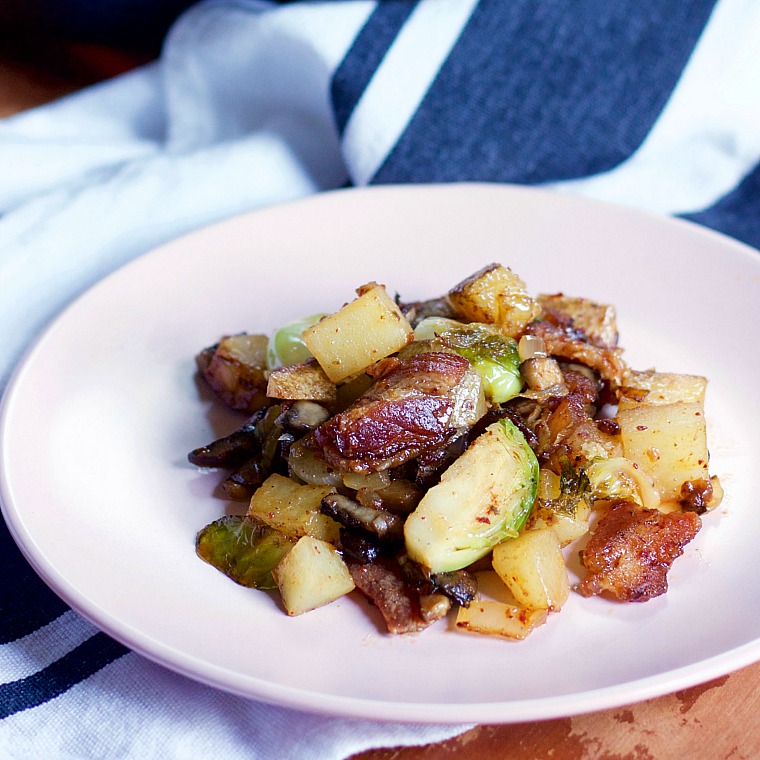 Jake made something similar to this bacon Brussels sprout hash a few months ago (another hash, with potatoes, meat, and veggies). I had a long day, and when he offered some of it to me, I was so grateful that I didn’t have to cook that I didn’t even care what was in it! But it inspired me and reminded me that hashes are so easy and make for easy clean up. Chop up some veggies, cook it all in the meat fat, done. Magic.

I think Brussels sprouts are kind of a winter food, right? So i ate them right through summer and they’re going to be in season soon? Score! 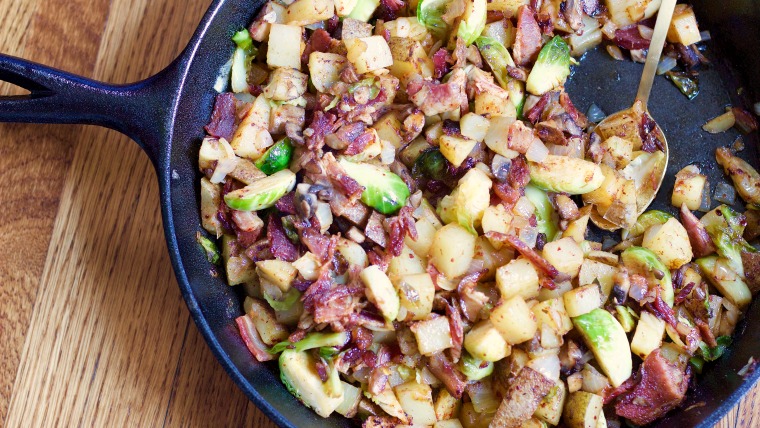 This is the first recipe I’ve done in awhile that is *almost* Paleo. (You literally cook vegetables in bacon fat, come on people, it counts). Some people are more strict on paleo than others, so white potatoes are not acceptable. You can easily sub in sweet potatoes. I think they would be an awesome addition!

What kind of veggies would you add in your hash? 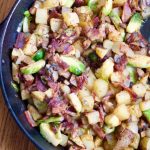